Get metadata, preview data, or convert data to csv, feather (or the Arrow IPC format), ndjson, or parquet formats.

The command-line tool is developed in Rust and is only possible due to the excellent ReadStat library developed by Evan Miller.

The ReadStat repository is included as a git submodule within this repository. In order to build and link, first a readstat-sys crate is created. Then the readstat binary utilizes readstat-sys as a dependency.

[Mostly] static binaries for Linux, macOS, and Windows may be found at the Releases page.

Building is as straightforward as cargo build.

Building on Windows requires LLVM 12 be downloaded and installed. In addition, the path to libclang needs to be set in the environment variable LIBCLANG_PATH. If LIBCLANG_PATH is not set then the readstat-sys build script assumes the needed path to be C:\Program Files\LLVM\lib.

For details see the following.

After building or installing, the binary is invoked using subcommands. Currently, the following subcommands have been implemented:

To write metadata to standard out, invoke the following.

To write metadata to json, invoke the following. This is useful for reading the metadata programmatically.

To write parsed data (as a csv) to standard out, invoke the following (default is to write the first 10 rows).

To write the first 100 rows of parsed data (as a csv) to standard out, invoke the following.

:memo: The data subcommand includes a parameter for --format, which is the file format that is to be written. Currently, the following formats have been implemented:

To write parsed data (as csv) to a file, invoke the following (default is to write all parsed data to the specified file).

The default --format is csv. Thus the parameter is elided from the below examples.

To write the first 100 rows of parsed data (as csv) to a file, invoke the following.

To write parsed data (as feather) to a file, invoke the following (default is to write all parsed data to the specified file).

To write the first 100 rows of parsed data (as feather) to a file, invoke the following.

To write parsed data (as ndjson) to a file, invoke the following (default is to write all parsed data to the specified file).

To write the first 100 rows of parsed data (as ndjson) to a file, invoke the following.

To write parsed data (as parquet) to a file, invoke the following (default is to write all parsed data to the specified file).

To write the first 100 rows of parsed data (as parquet) to a file, invoke the following.

The data subcommand includes a parameter for --parallel. If invoked with this parameter, the reading of a sas7bdat will occur in parallel. If the total rows to process is greater than stream-rows (if unset, the default rows to stream is 50,000), then each chunk of rows is read in parallel. Note that all processors on the users's machine are used with the --parallel option. In the future, may consider allowing the user to throttle this number.

Note that although reading is in parallel, writing is still sequential. Thus one should only anticipate moderate speed-ups as much of the time is spent writing.

:heavy_exclamation_mark: Utilizing the --parallel parameter will increase memory usage — there will be multiple threads simultaneously reading chunks from the sas7bdat. In addition because all processors are utilized, CPU usage will maxed out during reading.

:warning: Also, note that utilizing the --parallel parameter will write rows out of order from the original sas7bdat.

The preview and data subcommands include a parameter for --reader. The possible values for --reader include the following.

Why is this useful?

Debug information is printed to standard out by setting the environment variable RUST_LOG=debug before the call to readstat.

:warning: This is quite verbose! If using the preview or data subcommand, will write debug information for every single value!

For full details run with --help.

:warning: Decimal values are truncated to contain only 14 decimal digits!

Why does this happen? Is this an implementation error? No, truncation to only 14 decimal digits has been purposely implemented within the Rust code.

As a specific example, when testing with the cars.sas7bdat dataset (which was created originally on Windows), the numeric value 4.6 as observed within SAS was being returned as 4.6000000000000005 (16 digits) within Rust. Values created on Windows with an x64 processor are only accurate to 15 digits.

Only utilizing 14 decimal digits mirrors the approach of the ReadStat binary when writing to csv.

Finally, SAS represents all numeric values in floating-point representation which creates a challenge for all parsed numerics!

:warning: If the format does not match one of the above SAS formats, or if the value does not have a format applied, then the value will be parsed and read as a numeric value!

If values are read into memory as Arrow date, time, or datetime types, then when they are serialized (from an Arrow record batch to csv, feather, ndjson, or parquet) they are treated as dates, times, or datetimes and not as numeric values.

Finally, more work is planned to handle other SAS dates, times, and datetimes that have SAS formats other than those listed above.

To perform unit / integration tests, run the following within the readstat directory.

Formally tested (via integration tests) against the following datasets. See the README.md for data sources.

To run, execute the following from within the readstat directory.

:memo: First experiments on Windows are challenging to interpret due to file caching. Need further research into utilizing the --prepare option provided by hyperfine on Windows.

Other, future, benchmarking may be performed when/if channels and threads are developed.

To run, execute the following from within the readstat directory.

Flamegraph is written to readstat/flamegraph.svg.

:memo: Have yet to utilize flamegraphs in order to improve performance.

Below is the rough git tag dance to delete and/or add tags to trigger Github Actions.

Short term, developing the command-line tool was a helpful exercise in binding to a C library using bindgen and the Rust FFI. It definitely required a review of C pointers (and for which I claim no expertise)!

The long term goals of this repository are uncertain. Possibilities include:

The following have been incredibly helpful while developing!

which will be read as Time32 or Time64 DataTypes

As an example, work with the all_types.sas7bdat dataset.

Move development content to wiki instead of keeping in main README

All numeric values in SAS are floats. However, is there a way to coerce floats into other, smaller types? For example, if a column in SAS only has 1/0 then it can be represented as an integer and the extra precision of a float is not needed.

One idea - scan all values as they are read in, maintaining metadata for the column to determine if storage as a float is actually needed. This would maybe work when reading the whole file into memory but would be challenging to implement if a file is streamed over.

Revert the following section in the Github Actions file — main.yml — once #139 sorted out.

How to handle SAS dates

Note how iconv and zlib are linked against for the various platforms.

When using the JWT-SVID authentication method, the client will expect the SPIFFE_ENDPOINT_SOCKET environment variable to contain the path of the Workload API endpoint

A Rust CLI to get weather forecasts in Portugal from IPMA

OmniSciDB via its RPC protocol of Cargo, using cargo build 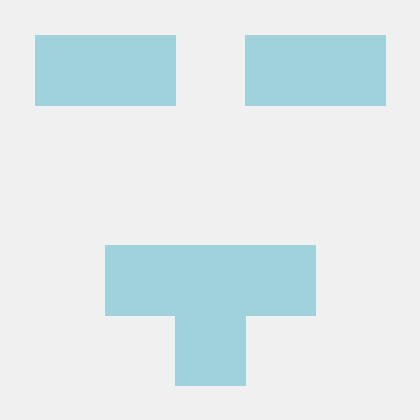 Library allows you to interact with Telegram Database library 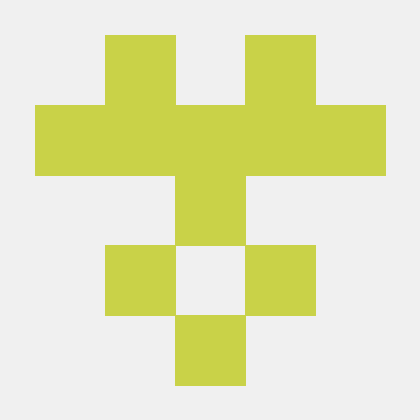