So I'm working on this project Crater for doing Rust regression testing. Looking into the feasibility of writing parts in Rust. I need an HTTP server that speaks JSON, along with a corresponding client. I don't see a lot of docs on how to do this so I'm recording my investigation.

I'm going to use Iron and Hyper, neither of which I have experience with.

Each commit in this repo corresponds with a chapter, so follow along if you want.

Edit: Some inaccuracies within! Thanks /r/rust!

1. Preparing to serve some JSON

I start by asking Cargo to give me a new executable project called 'httptest'. Passing --bin says to create a source file in src/main.rs that will be compiled to an application.

I'll use Iron for the server, so following the instructions in their docs add the following to my Cargo.toml file.

Then into main.rs I just copy their example.

I sit here waiting a while expecting it to print "On 3000" but it never does. Cargo must be capturing output. Let's see if we're serving something.

2. Serving a struct as JSON

Is rustc-serialize still the easiest way to convert to and from JSON? Maybe I should use serde, but then you really want serde_macros, but that only works on Rust nightlies. Should I just use nightlies? Nobody else is going to need to use this.

Let's just go with the tried-and-true rustc-serialize. Now my Cargo.toml 'dependencies' section looks like the following.

Based on the rustc-serialize docs I update main.rs to look like this:

And then run cargo build.

Lot's of new dependencies now. But an error. Response::with has this definition:

Next I want to POST some JSON, but before I do that I need a proper URL to post to, so I guess I need to learn how to set up routes.

I look at the Iron docs and don't see anything obvious in the main text, but there's a crate called router that might be interesting.

The module docs are "Router provides fast and flexible routing for Iron", but not much else. How do I use a Router?! After I lot of sleuthing I discover an example. OK, let's try to adapt that to our evolving experiment.

I add router = "*" to my Cargo.toml [dependencies] section, and begin writing. The following is what I come up with before getting stuck reading the POST data.

This uses Router to control handler dispatch. It builds and still responds to curl http://localhost:3000, but the handler for the /set route is yet unimplemented.

Now to read the POST body into a string. The docs for Request say the field body is an iterator, so we just need to collect that iterator into a string.

I first try let payload = request.body.read_to_string(); because I know it used to work.

It does not work.

I throw my hands up in disgust. 'Why does this method no longer exist? The Rust team is always playing tricks on us!' Then I notice the compiler has - at some length - explained that the method does exist and that I should import std::io::Read.

I add the import and discover that read_to_string behaves differently than I thought.

Ok, yeah the signature of Read::read_to_string is now fn read_to_string(&mut self, buf: &mut String) -> Result<usize, Error>, so that the buffer is supplied and errors handled. Rewrite the set_greeting method.

Let's run this and give it a curl.

Oh, Rust. You're just too bad.

Hey, I know all those .unwrap()s are wrong. I don't care. We're prototyping.

Before we continue on to writing a client, I want to modify this toy example to store some state on POST to /set and report it later. I'll make greeting a local, capture it in some closures, then see how the compiler complains.

Here's my new main function, before attempting to compile:

rustc is not happy. But I expected that. I'm throwing types at it just to get a response. Tell me what to do rustc.

Those error messages are confusing, but clearly the closure is the wrong type. The get and post methods of Router take a Handler, and from the doc page I see there's an impl defined as

That's a mouthful, but Handler is defined for Fn, not FnOnce or FnMut, and it has to be Send + Sync. Since it needs to be send, we're not going to be capturing any references, and since the environment isn't mutable we have to use interior mutability to mutate the greeting. So I'm going to use a sendable smart pointer, Arc, and to make it mutable, put a Mutex inside it. For that we need to import both from the standard library like this: use std::sync::{Mutex, Arc};. I'm also going to have to move the captures with move |r| ... to avoid capturing by reference.

Updating my code like so yields the same error messages.

rustc doesn't like the lifetimes of my closure. Why? I don't know. I ask reem in #rust if he knows what to do.

I change those same lines to hint the type of r: &mut Request and everything works...

It was seemingly a bug in Rust's inferencer. That's lame.

Now it builds again, so we can test with curl.

We've got a little JSON server going. Now let's write the client. This time we're going to use Hyper directly.

Cribbing off the Hyper client example I come up with this snippet that just makes a request for "/" and prints the body:

Oh, man, I'm a Rust wizard. One last thing I want to do, make the POST request to set the message. Obvious thing to do is change client.get to client.post. This returns a RequestBuilder, so I'm looking for a builder method that sets the payload. How about body?

But running it is disappointing.

And simultaneously I see that the server has also errored:

It's because of my bad error handling! I didn't pass valid JSON to the /set route. Fixing the body to be .body(r#"{ "msg": "Just trust the Rust" }"#) lets the client succeed:

And just like that we've created a web service and client in Rust. Looks like the future is near. Go build something with Iron and Hyper. 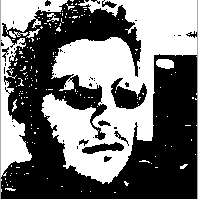 Does this example work with HTTPS?, as in, an HTTPS Client? 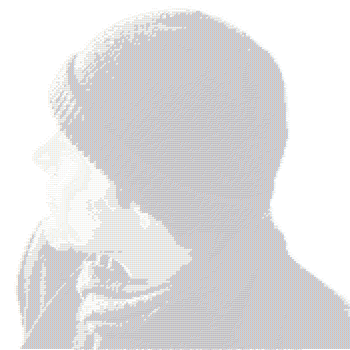 Router has now been edited to take three parameters

One thing that went wrong, however, are the Routing commands. It seems that newer versions of the router crate require router.get, router.post etc. to be used with three parameters, the third one being a symbolic name to refer to the route to later (such as in when using router::url_for). 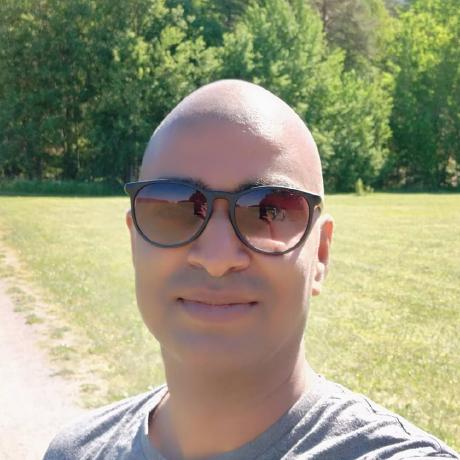 cargo test fails for me with this error -

Am I missing something? I am running rustup with stable channel - 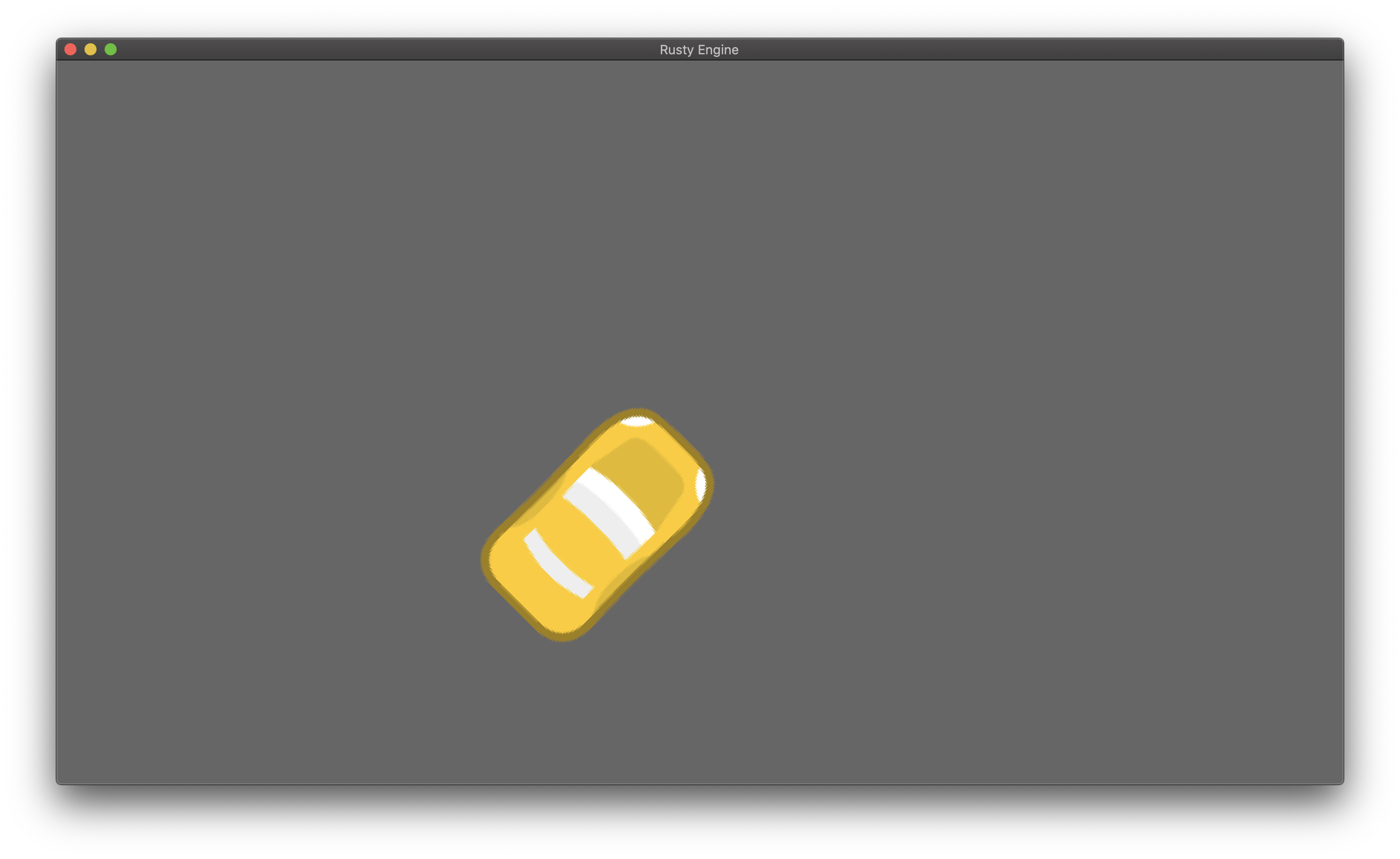 If you like Rusty Engine, please sponsor me on GitHub or on Patreon, or take...

If you like Rusty Engine, please sponsor me on Patreon, or Bevy, which I encourage you to use directly for more serious game engine needs

A Rust library to connect to AxonServer

Yet another, written in Rust, GitHub CLI

issue in the github project

a Rust interface for GitHub